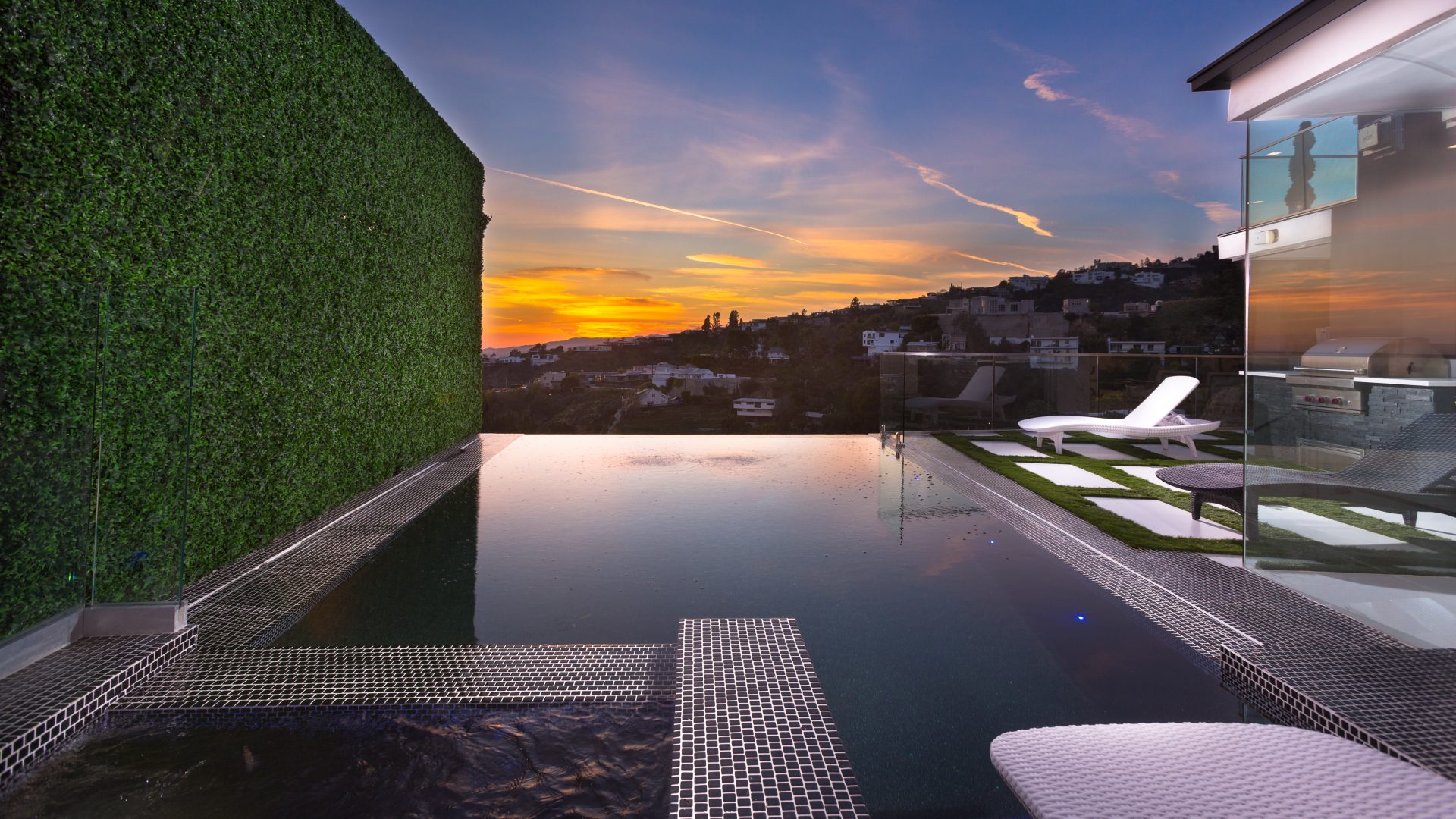 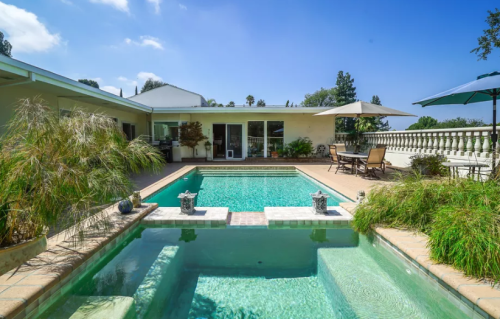 This four-bedroom home in the hills of Sherman Oaks was constructed in 1964 and served as the longtime home of Earl “Madman” Muntz, one of the most inventive hucksters in the history of Los Angeles—and perhaps the entire nation. The enterprising Muntz first made his fortune in the used car business during World War II, enlisting servicemen on their way out west to drive autos purchased at low Midwestern prices to the pricier California market.

Later, Muntz entered the television business, creating a popular line of cheaply made (and cheaply priced) television sets. Widely credited as having coined the term “TV,” Muntz, in fact, made enough of a fortune selling his television sets that he named his daughter Tee Vee.

The salesman’s 3,042-square-foot residence certainly looks the part of a trophy home for a television pioneer. Per the listing, it’s been the site of a number of celebrity-filled parties over the years. The pool and spacious hot tub out back likely did much to liven up such gatherings.

Current owners seem to have preserved the kitschy midcentury aesthetic and entertainer’s vibe—note the white grand piano positioned right in the front entryway. The large, fish tank-adorned bar in the dining room also contributes to the atmosphere.