The hillside home has ample walls of glass and exposed beams.

Nested in the hills of Eagle Rock, this mid-century post-and-beam is one of just a few four-bedrooms listed under $1 million in the neighborhood right now, with its asking price right at the area’s current median sale price. The property is just east of the 2 Freeway and less than a mile from where the main commercial stretches of Eagle Rock and York Boulevards intersect. Most lively these days, of course, are restaurants with outdoor dining patios, such as Max City BBQ and Zweet Cafe on Eagle Rock, and Hinterhof — a vegan beer garden — on York. Occidental College, where Barack Obama spent his freshman and sophomore years, is just a five-minute drive east. 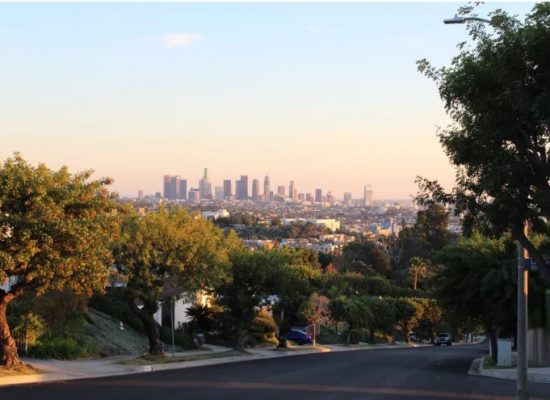