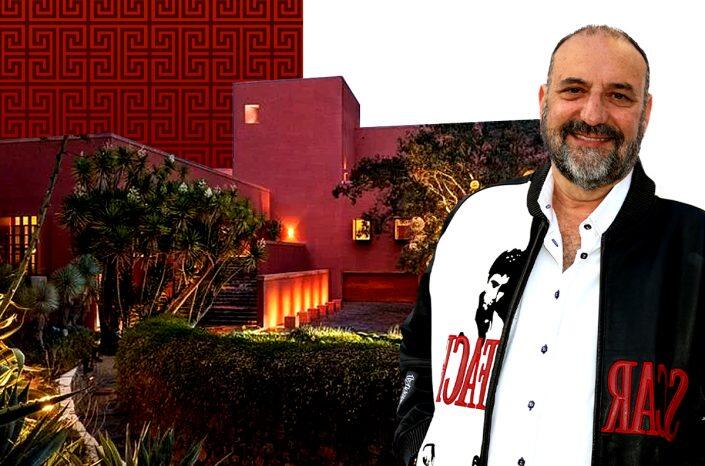 On and off the market since 2020, the mansion at 470 Layton Way was designed by Mexican architect Ricardo Legorreta.

Just like his movies, Joel Silver’s home sale saga has a sequel.

The producer behind the franchises “The Matrix” and “Lethal Weapon” has relisted his Brentwood estate at 470 Layton Way for $52 million. Measuring 25,000 square feet, the mansion prices out to $2,080 per square feet.

The husband and wife team of Branden and Rayni Williams of The Beverly Hills Estates serve as listing agents.

Despite its multi-million price point, 470 Layton Way is not in contention to be a Brentwood record breaker. That distinction is held by music producer Scooter Braun who bought a Brentwood estate for $65 million in 2021.

However, 470 Layton Way is in the higher tier of pricey homes in Brentwood, said David Solomon, a Douglas Elliman agent who represented the buyer and seller for Brentwood home 153 South Burlingame Avenue, which happens to be designed by the same architect as 470 Layton Way.

“A top-tier home in the higher-end neighborhoods of Brentwood could easily hit the $20 million to $30 million range. A true trophy home can easily hit $50 million, as we saw with the home that Scooter Braun bought,” Solomon said.

Silver’s estate is probably priced higher because it is almost double the square footage of many Brentwood trophy homes, which typically measures 10,000 to 14,000 square feet, Solomon said. 470 Layton Way also sits on 4.5 acres, a big spread which is a rarity in nearly every Los Angeles neighborhood.

The property was designed by Mexican architect Ricardo Legorreta. Along with building mansions in Mexico and Central America, Legorreta is known in the Los Angeles market for designing the Tustin Market Place retail center in Tustin, as well as the 1994 redesign of Pershing Square park in downtown Los Angeles.

Amenities at 470 Layton Way include a fitness center, a sauna and a cinema – a must for any film producer’s home.